To Avail The Benefits Of Various Astrological And Other Remedies, A Complete Remedial Package Is Specially Prepared On Request Only, For The Specific Need Of Specific Person, At A Very Nominal Cost Of Rs.1,800/- Only [For 12 Packets]. This Package Contains Specific Yantra + Mantra + Color Therapy + Planetary Material + Aroma + Specific Rare Herbs For Instant Relief From Particular Problem. Thousands Of People Have Solved Their Lifelong Problems, Within 3 Weeks. It Is Believed That Proper Activation, Worship And Use Of This Complete Remedial Package, Show Positive Signs, Very Shortly. Time Period, Results And Effects Of Products Differ From Person To Person And Depend Upon Prayer And Faith In God. For Details, Call Astro Helpline-+91-186-2235088

Popular horoscope columns lead people to believe that there was only one sign under which each person was born. i.e. The Sun sign for the month in which they were born. A true horoscope requires a detailed examination of all the signs, houses and planets at the minute of our birth. Nevertheless, our Sun sign with its many ramifications is one of the most important signs in our horoscope.

What is the Sun sign and what does it mean? The Sun crosses the celestial equator at approximately the same date each year - March 21st. This is the spring equinox, or the time when there are equal portions of day and night. As the year rolls on, the Sun wanders back and forth over the equator (always, assuming that man is the center), and that is why we say that a person is born under a certain "sign." What people mean is that the Sun was in a certain position or "sign" when the child was born. This has a very profound influence at the time of birth.

It must be noted, however, that at the time of the birth, some sign was in the Ascendant; the Moon was in a certain position in relation to the Sun; each of the planets was in its particular position on that particular day at that specific time; and the birth took place at a particular longitude and latitude on the earth. This establishes the relationship of everything to the point of birth. In other words, there are a lot of conditions. A sign means an indicator, a portent, a shadowing of things to come. A sign is the outward manifestation of the destiny that is within.

Those born under a certain Sun sign have definite character traits that are more dominant in that group than in others. But, again, it is a relative thing. The dominance of the Sun traits are modified by the relationships to the "cusp" or dividing line between the houses; by the amount of influence from the Moon and the planets; and by the complicated interaction among them all. The "cusp", although a thin line, marks the day when the Sun enters a new sign. Some years this happens a day earlier or a day later and this is the reason you will notice slight variations in dates listed for signs by same astrologers. Later you will learn that people born on the cusp will be influenced by both signs.

The legitimate astrologer hesitates to even describe the general characteristics of the Sun signs because individuals say things like, "He's certain to be an aggressive businessman, because he was born under Aries." Nonsense. That person may show a greater tendency toward aggressiveness, especially if he were born near the middle of the sign and with the Ascendant also in Aries; but he could also be born with Gemini in the Ascendant, which would give him artistic qualities. The geography of his birth would play a large part, and so would the position of the other celestial bodies - perhaps enough to cancel out all the traits which make a good businessman.

[To be Continued. Kindly Visit www.Astrointl.Blogspot.Com Daily For Further And Daily Study Material And To Read Latest Information On Astrology-Based On Latest Research And Technology. Thanks]

Posted by International Astrology Network at 11:03:00 AM 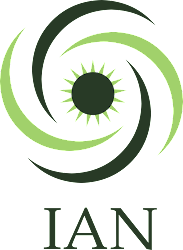